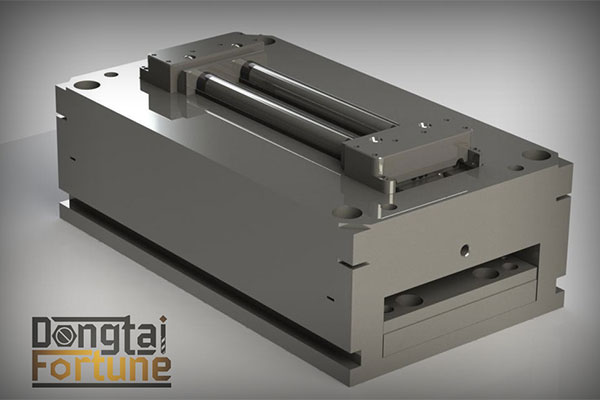 Mold design
In addition to runners and gates, there are many other design issues that must be considered in the design of the molds. Firstly, the mold must allow the molten plastic to flow easily into all of the cavities. Equally important is the removal of the solidified part from the mold, so a draft angle must be applied to the mold walls. The design of the mold must also accommodate any complex features on the part, such as undercuts or threads, which will require additional mold pieces. Most of these devices slide into the part cavity through the side of the mold, and are therefore known as slides, or side-actions. The most common type of side-action is a side-core which enables an external undercut to be molded. Other devices enter through the end of the mold along the parting direction, such as internal core lifters, which can form an internal undercut. To mold threads into the part, an unscrewing device is needed, which can rotate out of the mold after the threads have been formed.

Write your message here and send it to us